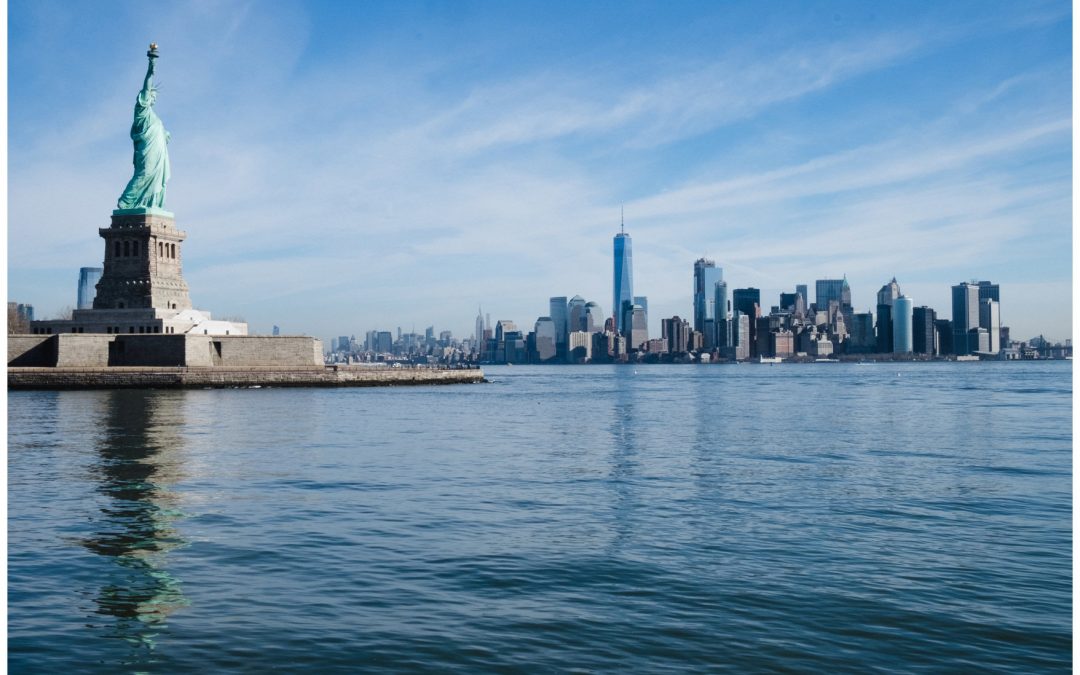 What was the purpose of the trip?

New York New York as the song goes! I’m a huge fan of self-development and every year I take time out to seek inspiration from being in a different place and to learn new techniques from other professional photographers. It always forces me to look at things in a new way, which keeps my work fresh.

This year’s trip was to Fuji Love Live which this year took place in New York –  a city I’ve long wanted to visit. It didn’t disappoint.

As well as listening to some incredibly inspiring speakers, I spent time alone wandering around taking photos of one the most incredible, non-stop, vibrant cities I’ve ever visited,

It’s a photographer’s dream. My senses were bombarded and I saw opportunities for great shots everywhere I turned. I had such fun trying out new angles and techniques, and different ways of framing things – all of which feed back into my portrait work.

I didn’t take my heavy, professional Canon gear, preferring my trusty lightweight and versatile Fuji X-E2 with which I produced some great results in Argentina. I used my iPhone lots too, posting the images straight to Instagram where I got some lovely, positive comments.

Arriving in the Big Apple

I can certainly say that I was slightly nervous going to New York as I had never been to the States before but I was comforted to know that my friends Melissa, Paloma and Rashmi live there and if I did have a problem they would look out for me.

On arrival at my hotel The Barclay, I dropped off my things and went out to get my bearings before meeting my friends in Upper East side for dinner.  After wandering just a couple of blocks I came across Grand Central station and it was a delight to finally see it.  How many movies have you seen that feature this beautiful building? Statue of Liberty and Ellis Island When you think of New York, one of the first images that comes to mind is the Statue of Liberty. This was certainly the defining view for many thousands of immigrants over the years who had arrived to start a new life.

I was so blessed with unusually warm weather of around 16C at the end of February and beautiful blue skies so my views couldn’t be better.  I had booked via Tripadvisor New York Tour1 and I knew it was going to be the hightlight of my visit to New York! We did have the most amazing tour guide called Rachel who is also an actress and she just brought everything to life.  One of the best tours I have done.

To go to the Statue was so exciting and to be actually inside it was surreal.  I knew that it had been originally assembled in Paris in 1881-84 and then in 1885 dismantled and shipped to New York but to hear more about its history was fascinatng. From the Statue I then caught the ferry to Ellis Island and the Immigration Museum.  I found it incredibly poignant as in the news at the time, Trump had tried to limit people entering the USA from certain Muslim countries.  Going around the museum I saw an image of a Jewish Syrian and his face is like many that we have seen in the media today who have fled adversity in search of a safe future for themselves and their families.  If you do get to go to New York – please do this tour as it really gives such an insight on how this great country was built by people from all continents of the world. As the weather so was beautiful you could see the reflections of the clouds in the skyscrapers – here is a montage of my favourite blue sky reflection images. Many people people from all over the world came to the conference.  It took place at the Bathside Studios in East Village and the speakers were Damien Lovegrove, Valerie Jardin, Elia Locardi and Karen Hutton with subjects as diverse as advanced lighting, street photography, travel, drone photography and classic lighting for Hollywood style portraits.  Here is a montage of images from Bathhouse Studios. Valerie Jardin was incredibly inspiring with her love of street photography which takes her all over the world.  I love street photography so I went out with my camera in the surrounding streets during the lunchtimes to see life in East Village. I walked all the way to my hotel from East Village as I thought it would be a great way to see the city.  I hadn’t seen Times Square and as I walked all the way up through Manhattan in the rain the results are the following atmospheric images with the lights from the buildings reflecting in puddles below. I love New York at night as much as I do during the day, Returning to my hotel in the evenings was always so lovely!  The Barclay had recently had a refurbishment which was fabulous and I was very made to feel very welcome especially being a woman on my own.  My evenings after dinner out would consist of settling down to a good book (The Girl on the Train) and a vodka martini with a twist. One of the major sights to see on my “to do” list was to pay respects at the 9/11 memorial and museum.

I think the majority of us can remember where were that day and the horrors that unfolded as we watched television.  Life for us all has never been the same.

Above ground the memorial is a peaceful and reflective place with running water. As you walk around the central square the names of those who perished are engraved on the rim. The Memorial museum is underground and I found it to be very emotional.  It is thoughtfully constructed around the foundations of the towers and tells the story of the day, the people and it is such a fitting tribute to those who lost their lives.  It is a respectful place. Imagery here was a huge part of the museum and the images on the walls show the devastation. There are video installations and audio interviews with the bereaved families about the people they lost. I sat for a very long time watching family images of those loved ones and listening to the stories of families left behind. After such a moving experience I came out of the memorial in a blur into the blazing sunshine and I didn’t really know where to go next but I was drawn to an amazing looking structure which is the Westfield World Trade Centre and I was staggered when I walked in as it seemed as if it was something from a different planet – an extraordinary structure.  I love the lines, the light and shade. It was a contrast to the darkness I had just been in. When I initially arrived in New York I met up with my photographer friends Paloma and Rashmi and both of them said that the best view isn’t from the Empire State building but in fact the Rockefeller building as then you have the Empire State in the view!  I booked an all inclusive of two visits to the Rock – one in the morning at 8am and I was the first at the top! Then later I went to see Manhattan at night! I love reflections as you know and there was a moment when a chap was taking a picture through the safety glass of the view and his reflection was just perfect in the glass for my view.  I also love my reflective self portrait from being at the Top of the Rock.  Wasn’t the weather magnificent! I suppose a trip to the Empire State building had to be done so I booked a fast track pass but even that didn’t get me to the very top! It was my last day in NYC and I could have stayed all day up there. That was my trip to New York City!  I had such a job to edit my images as there were so many…… To finish here is one my favourite pics from my time there. I took it on the very first evening at dusk with the streets full of cars particularly yellow cabs…..